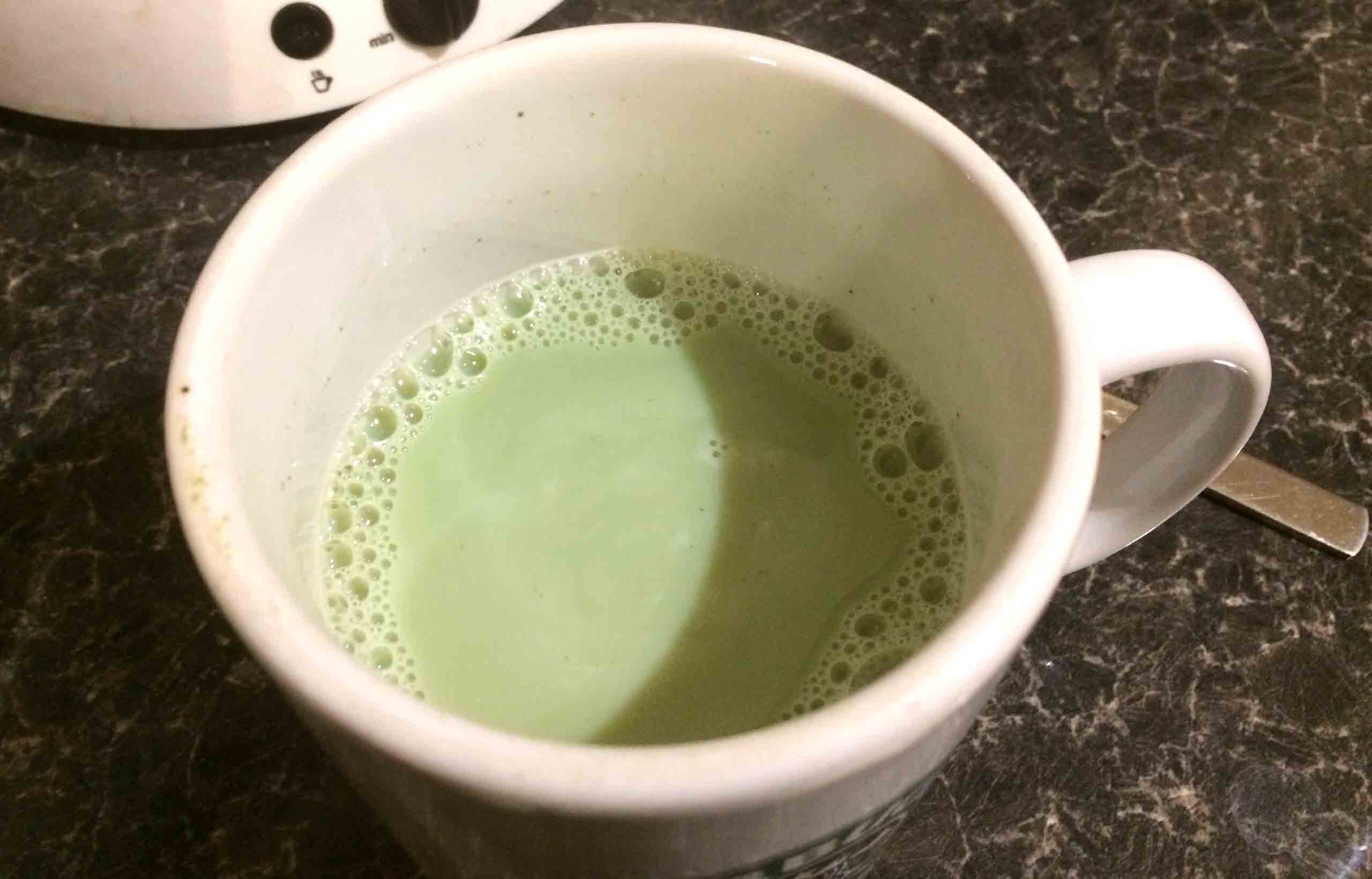 Yes, it doesn’t look as fancy as some people do it.  But it does taste amazing and comforting.  A really great alternative to coffee, but are tired of just regular tea.

I have gone on a bit of a matcha binge.  I love the flavour, especially in sweet things paired with vanilla and white chocolate.  However it is as if I have just remembered that it exists and am experimenting with it for the first time.

I worked at Starbucks some years back and their matcha frappuccinos (before they changed the recipe for their base) was amazing and opened my eyes to the flavour that is “green tea ice cream”.  Also when working at 6 am in the morning, the matcha lattes were such a gentle soothing way to wake up.

I do love to chop and change elements to recipes, and I will generally read “sugar” as “sweet ingredient” and change it out for things like – honey, golden syrup, molasses, treacle, maple syrup etc.

I have yet to try that with this.  I feel that honey may have too much of a nutty flavour.  Golden syrup could work, but you would need to watch your vanilla amounts.

That being said – if you can get your hands on vanilla syrup, that would be ideal for this recipe.  Because it is a bit more difficult to source, I have left it out.

If you are going to add a fluid sweet addition, add it after the water has dissolved the matcha.  You really don’t want matcha chunks floating around in your latte. 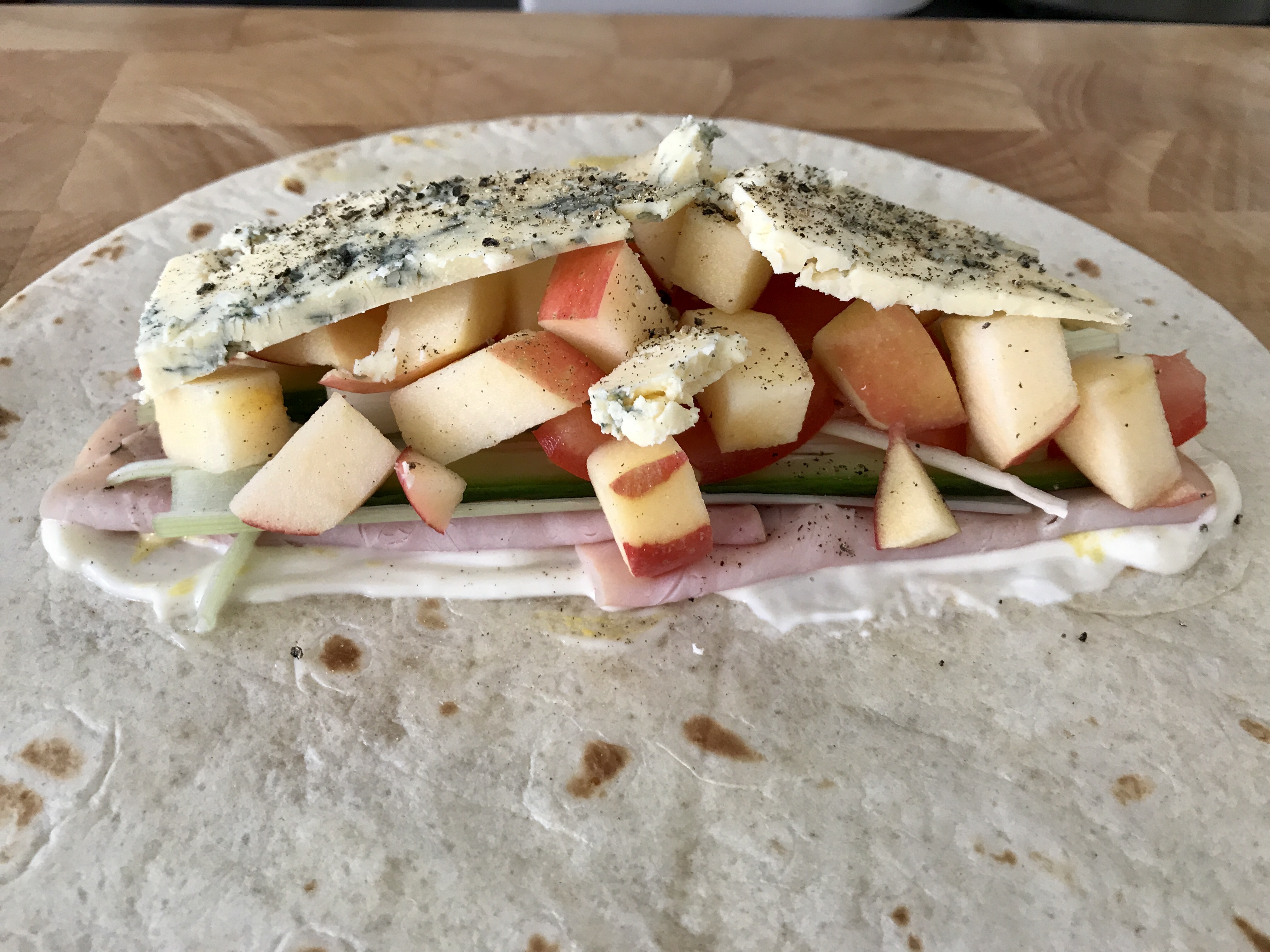 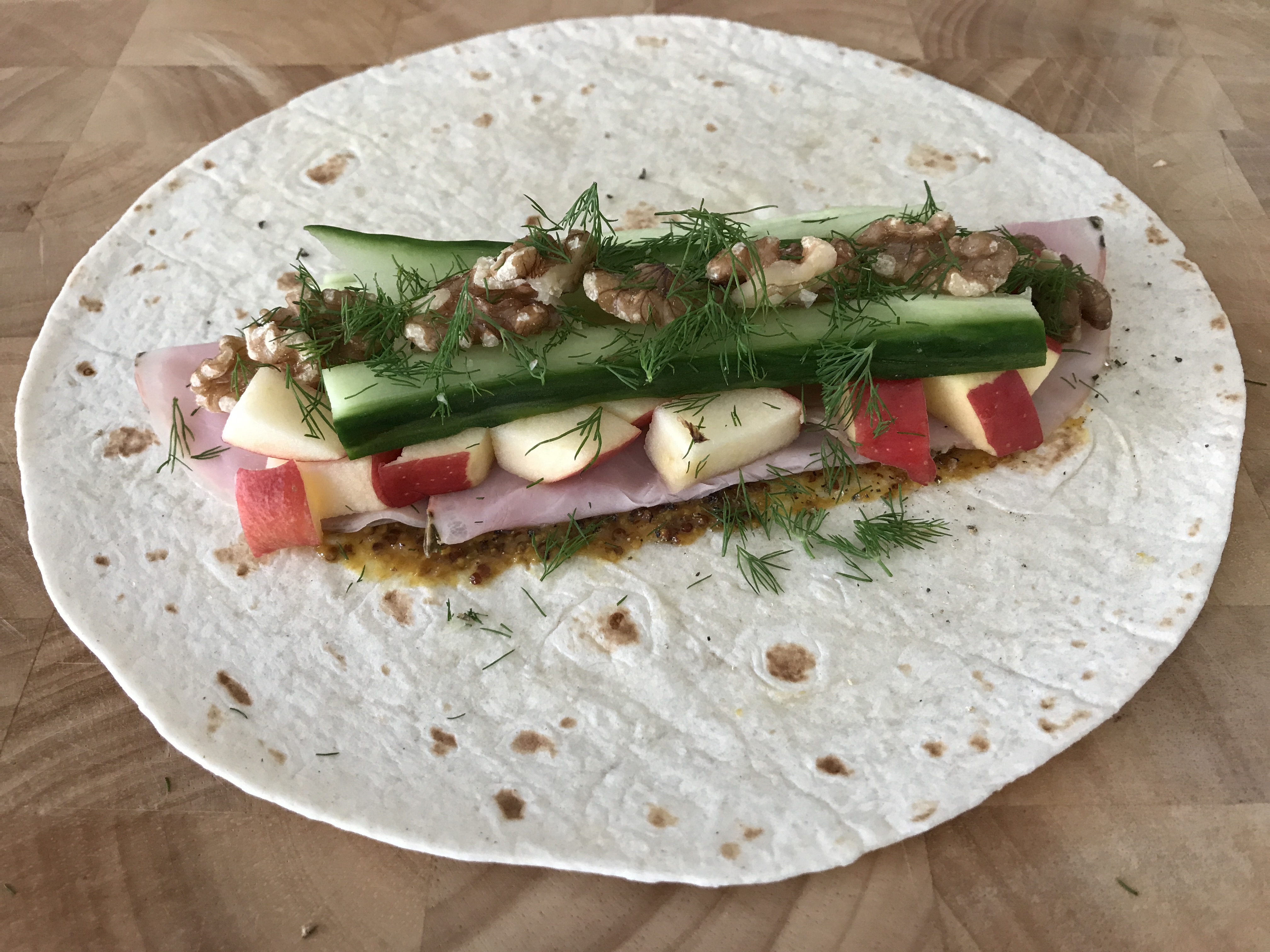 2 weeks ago, I made a post about a Pork, Apple, and Blue Cheese wrap. The issue that I find with wraps is that I rarely get through the tortillas once I purchase them. So I have decided to create a part 2 to that […]

If you are having issues deciding on what to make, see below some menus to help make that easier.